The Chairperson of the Tshwane Automotive Special Economic Development (TASEZ) Board, Mr Lionel October, has expressed his satisfaction with progress made with the construction of the almost R8 billion project. He expressed his satisfaction during his visit to the construction site with a team of officials from the Department of Trade, Industry and Competition (the dtic) and the Gauteng government.

The aim of the visit was to assess progress on the construction of the top structure facilities that is currently underway and also prepare for the visit by Ford’s Vice President, Andrea Cavallaro. The team was welcomed and briefed by the CEO of TASEZ, Mr Simphiwe Hamilton.

“Significant ground has been covered since the laying out of the bulk infrastructure and the official commencement of the factory spaces. This multi-billion rand infrastructure project, which is jointly funded by all three spheres of government, has made impressive progress despite the COVID-related lockdown since it was unveiled by the President Cyril Ramaphosa in November 2019,” said October.

He added that from his last visit, the construction teams have made remarkable strides toward meeting the deadlines of occupational dates of these facilities.

“We are more than happy with the progress that we have witnessed to date. I cannot overemphasise  the importance of this investment project towards job creation and localisation goals of government for the automotive sector,” added October.

He stated that the completion of Phase 1 construction will see more than R4.33 billion investments from 10-Tier 1 and Tier 2 suppliers to Ford Motor Company in the next 12 months.

“Having these suppliers located adjacent to the Silverton Assembly Plant is crucial towards increasing efficiency and competitiveness of the South African automotive sector, and thus unleashing further potential increases in production capacity for domestic and export markets,” noted October.

The Acting Deputy Director-General of Spatial Industrial Development and Economic Transformation at the dtic, Mr Maoto Molefane, indicated that with the construction of factories being at the advanced stage, government would now support TASEZ to develop other industrial development support systems such as training facilities, incubation centres, retail facilities, office park and other public facilities. These will be developed in line with the market demand and TASEZ Master Plan.

“The plan has always been to develop TASEZ as one of the smart development precincts that have work, paly and stay options for workers and surrounding communities. Tshwane Automotive SEZ is developed using the new SEZ approach that the cabinet has recently approved, which seeks to strengthen to collaboration and coordination of the SEZ programme with other spheres of government and private sector” indicated Molefane,”indicated Molefane.

The CEO of TASEZ, Mr Simphiwe Hamilton commended government’s unwavering support on this project. He went on to thank the dtic, the Gauteng Provincial Government and the City of Tshwane for their role in resource mobilisation and coordination of critical stakeholders.

“TASEZ is grateful for the support and co-operation of all our key stakeholders. The success factor of this project heavily depends on constant assessment and engagement with our stakeholders. We thus value the visit of the TASEZ Chairperson and the dtic,” he said.

From a South African automotive industry point of view,  upon completion, TASEZ will not only be the world’s largest Ford Ranger pick-up plant manufacturer, but will also be producing a global product and brand that will be exported to no less than 150 countries. 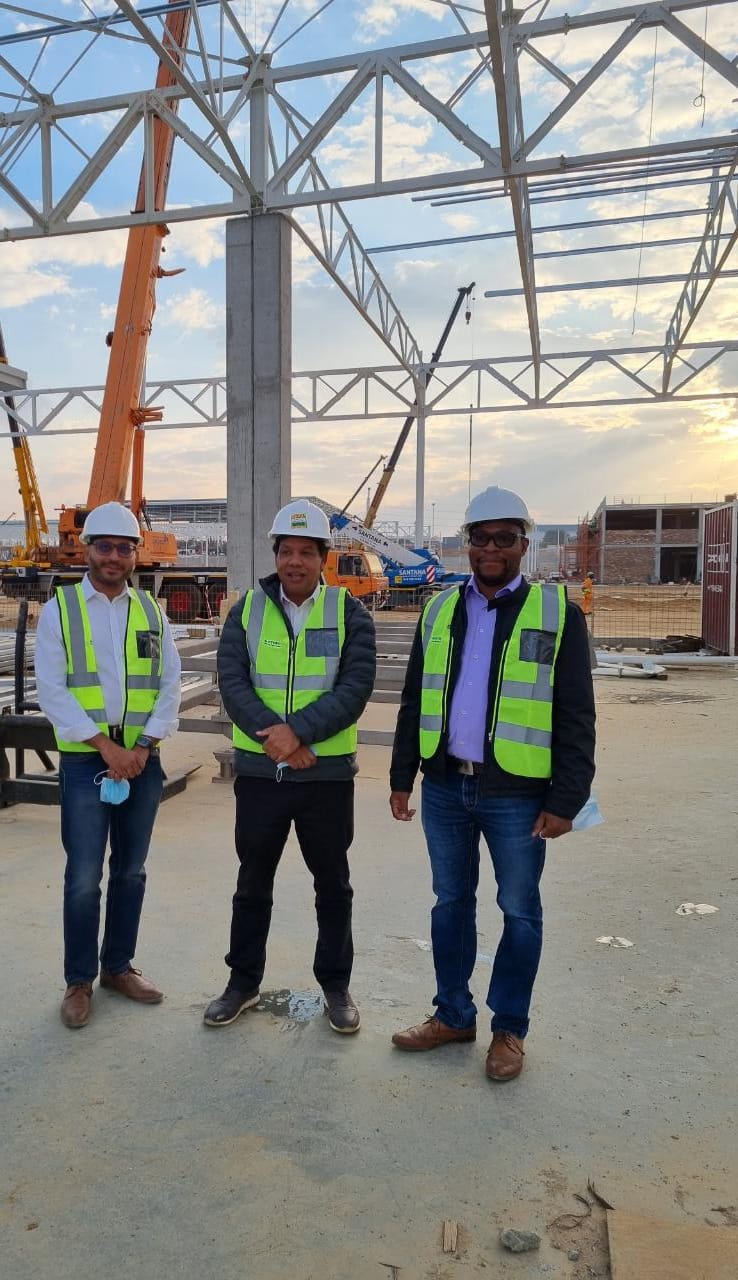