Death of Social Activist and Investor ‘a Sad Loss’

The Minister of Trade Industry and Competition Ebrahim Patel today lauded the contribution of social activist Anwah Nagia, who passed away from a Covid-related illness yesterday.

“Anwah Nagia was committed to improving the lives of South Africans. He was an anti-apartheid and community activist and a socially-conscious investor. He worked with government a number of years ago as a co-investor in the building of a large soya-crushing plant in South Africa. That project became one of the largest employers in the Standerton area and contributed to the development of a soya-growing eco-system,” said Minister Patel.

He led the District 6 Redevelopment and Beneficiary Trust to seek justice for many South Africans who were forcibly removed from their homes under the Group Areas Act. He was active in the civic and community-based structures.

Early during the Covid-19 pandemic, Anwah contacted Minister Ebrahim Patel with a proposal for a project to manufacture one million Covid face-masks at no cost to Government, which he sponsored with friends in the business community. The masks have been distributed free of charge in communities, helping the fight against the spread of the virus.

He attended Trafalgar High School in Cape Town and worked for Puma Clothing for a number of years. He was the CEO of the Cape Town Market. He served as a member of the Financial Services Board and was a founder of the District 6 Museum.

“His death is a sad loss to the community of someone still in the prime of his life, able to give so much to build stronger and resilient communities. We will miss him. Our condolences go to his family during this difficult time,” added Minister Patel. 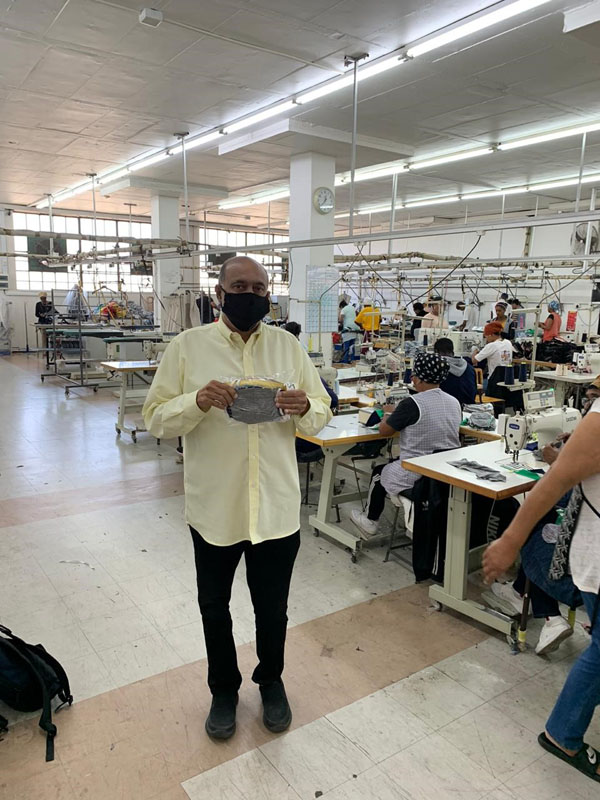 The late Anwah Nagia wearing one of the 1 million face masks, produced for donation to communities.