The Deputy Minister of Trade, Industry and Competition, Ms Nomalungelo Gina together with the Deputy Minister of Small Business Development, Ms Rosemary Capa, visited a black youth-owned Elihle Mgazi Co-operative, which benefited from the Job Fund Informal Programme and the eThekwini Municipality Clothing and Textile Small and Medium Enterprise Programme. The co-operative, which is based in Verulam, KwaZulu-Natal, is specialising in the manufacturing of garments.

During the visit Gina emphasised that women, youth and people with disabilities, especially those who are in business, were a priority of government. She stated that the successful factory was a case study that must be used to encourage young entrepreneurs to start businesses in the clothing and textile sector to create the much-needed jobs.

“Since the factory is a Cut-Make-Trim (CMT), it provides services for Fashion World, one of the leading South African retailers, as well as Kingsgate Clothing.  This is aligned with the commitments of the South African Retail-Clothing, Textile, Footwear and Leather (R-CTFL) Value Chain Masterplan 2030, which seeks to grow local procurement by a 65% share of the retail by 2030,’ said Gina.

She further expressed her excitement about the fact that the owners of the cooperative were all under the age of 30. She said this was an indication that the youth are eager to start their own businesses and explore new ventures.

According to the co-founder of Elihle Mgazi Primary Co-operative, Ms Neliswa Manukuza, the co-operative plans to strengthen its partnership with retailers by developing brand awareness. She said the company was currently producing garments for Fashion World and Kingsgate Clothing, and there was potential to add more clients.

‘Part of our vision is to create a formidable company that will create employment opportunities within the community thereby helping to solve the problems of unemployment and poverty. We have formed various partnerships in order to grow the company and we are under the mentorship of the Project Preparation Trust,” she said.

The Deputy Minister Capa of Small Business Development, Ms Rosemary Capa said it was imperative for national government and municipalities to work together to support enterprises intitiated by the young people in particular, in line with the objectives of the District Development Model. This, she added, will enable them to create employment in their local communities.

Capa added that they also envisaging a situation where Cooperatives and SMMEs are supported to participate in the entire Clothing and Textile value chain i.e. growing of fibres such as cotton, Aloe Vera, banana, pineapple, hemp etc and the manufacturing of fibre, yarn, fabric which can be inputs into the textile industry. She highlighted  that Municipalities and Traditional leadership are commanding a lot of land and facilities which can be released for growing these fibres as well as to assist the SMMEs to access spaces for factories.

The visit took place on the 2nd day of Deputy Minister Gina’s national Siyahlola Programme whose purpose is to assess progress made in the implementation of the Special Economic Zones Programme, Revitalisation of Industrial Parks Programme, and the sector-specific Master Plans that are part of the re-imagined national industrial development strategy. 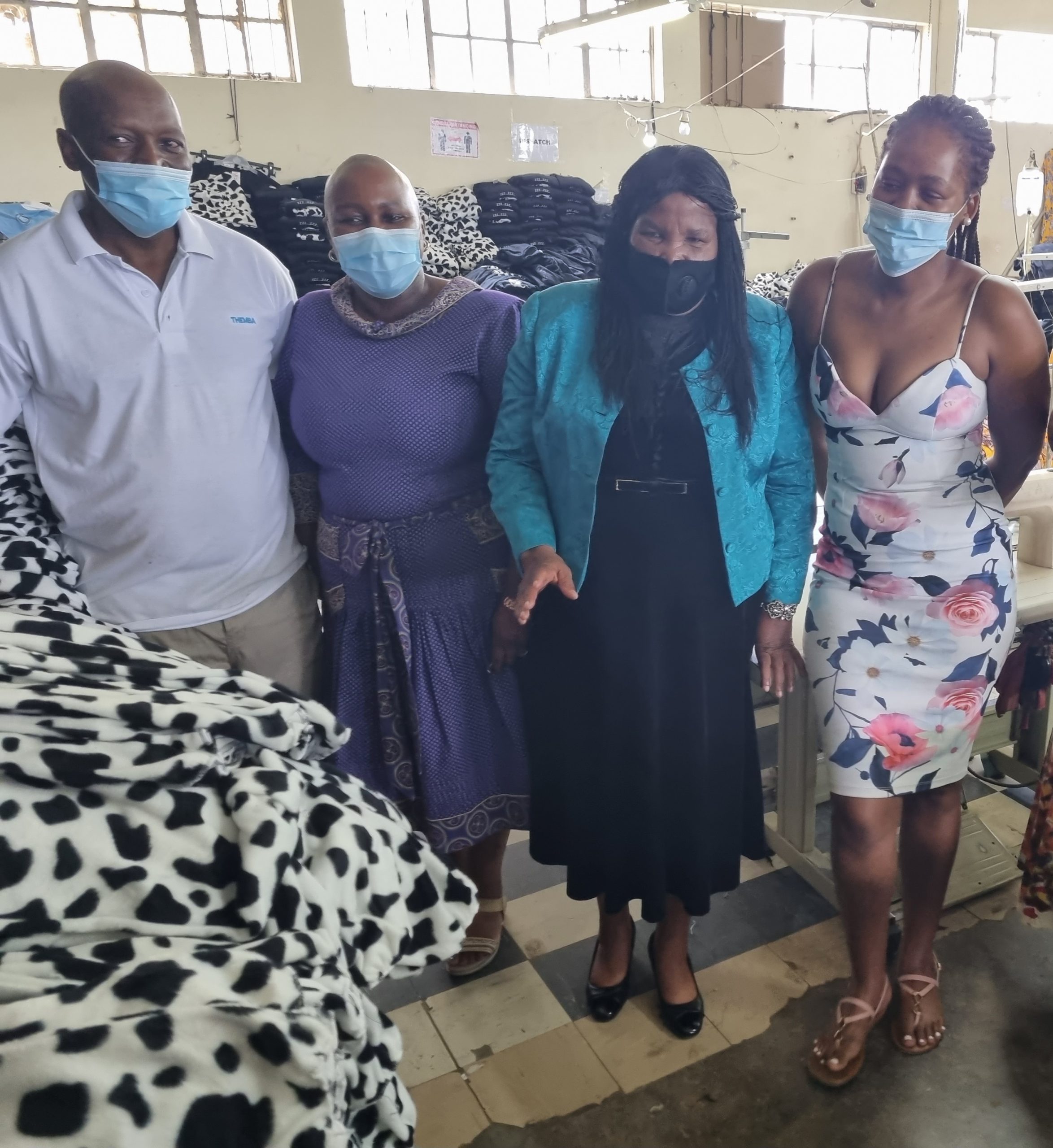