The Deputy Minister of Trade, Industry and Competition (the dtic), Ms Nomalungelo Gina says government is happy with the progress made at the titanium dioxide pigment manufacturing plant based at the Richards Bay Industrial Development Zone (RBIDZ) in KwaZulu-Natal. Gina was visiting the zone and Nyanza Lights Metals to evaluate the phase one completion of the infrastructure construction being built by the company for their chemicals plant.

According to Gina, the visit highlighted the need to support highly technical sector plants that have a potential to create sustainable jobs and train graduates in the scarce skills.

Australia, and has a potential to benefit the local industry and create much-needed jobs in the country. More than 90% of all titanium feedstock is consumed by the pigment sector, which drives demand for titanium mineral concentrates,” said Gina

Gina added that titanium dioxide was a key component in many industrial applications and consumer goods, such as paints, plastics, cosmetics, paper, rubber, ceramics, and textiles.

“Previously government had invested in initiatives that were primarily concerned with the metals beneficiation through research, so now it is encouraging to see companies willing to work with government and invest in plants and skills development,” she said.

The Chief of Executive Office of Nyanza Lights Metals, Mr Donovan Chimhandamba said when the construction of the Nyanza mineral beneficiation plant starts next year, between two and three thousand jobs will be created. He added that once the plant was fully commissioned, 1 200 direct jobs will be created. 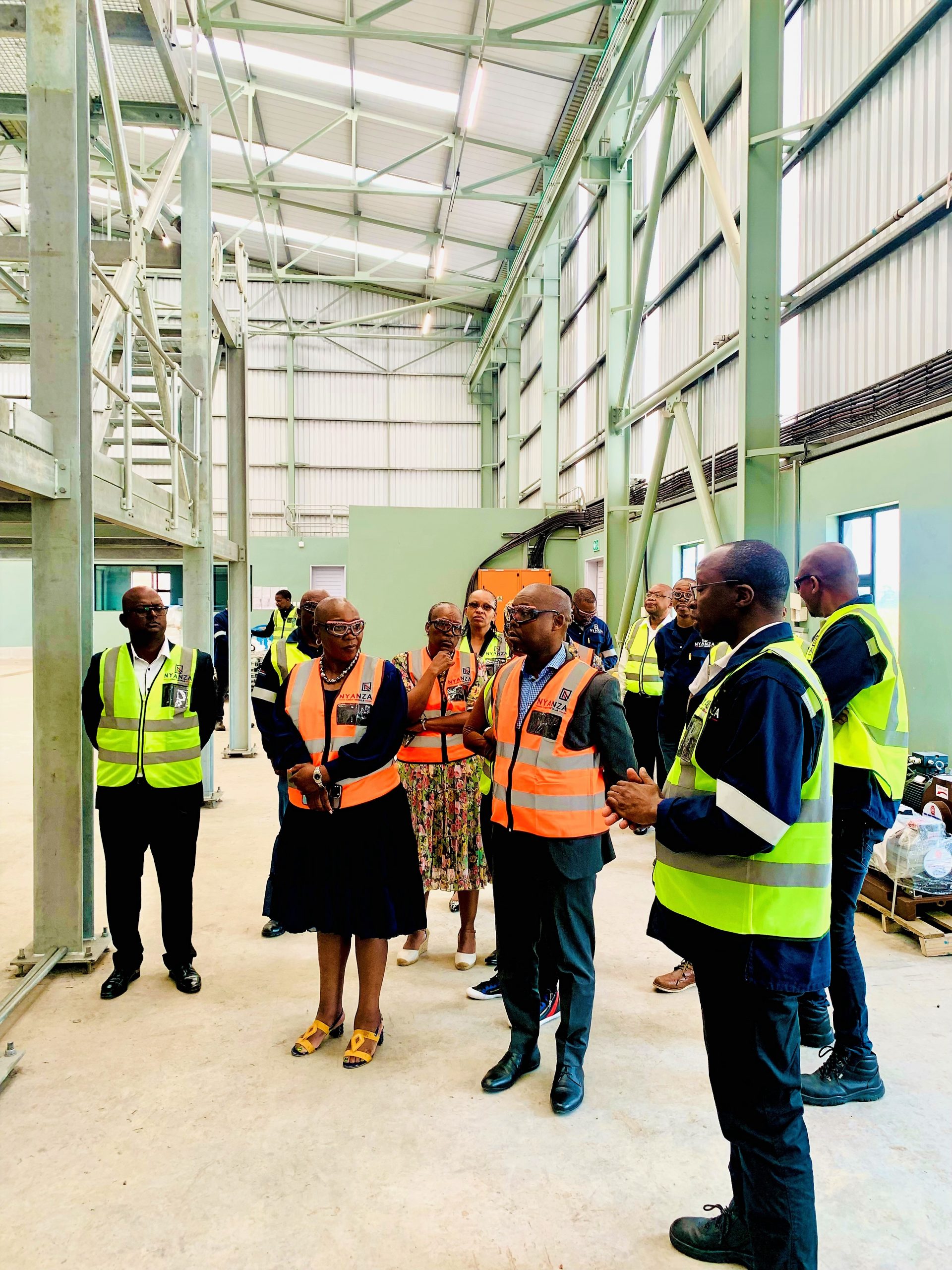 The Deputy Minister of Trade, Industry and Competition, Ms Nomalungelo Gina during her visit at the Richards Bay Industrial Development Zone in KwaZulu-Natal.