The Deputy Minister of Trade, Industry and Competition, Ms Nomalungelo Gina has hailed a KwaZulu-Natal company as a perfect example of what the government and the private sector can achieve if they work together for a common purpose. Gina visited the woman-owned Msinga Clothing Factory, which is based in Keates Drift, at Msinga.

The visit was part of Gina’s Siyahlola Programme whose purpose is to assess progress made in the implementation of the Special Economic Zones Programme, Revitalisation of Industrial Parks Programme, and the sector-specific Master Plans that are part of the Re-imagined Industrial Strategy (RIS) for national industrial development.

“This company is perfect example of the public-private partnership in action. All spheres of government and various state-owned agencies were involved in making this company a success. This company exemplifies what government wants to do to ensure that the private sector plays a role in stimulating the economy of the rural areas and creating the much-needed jobs. As government we are also working hard to rejuvenate the clothing and textile sector to that it regains its importance as a significant contributor to our economy,” said Gina.

The owner of the company, Ms Lelly Mntungwa said she was driven by a strong entrepreneurial spirit to leave her job as a bank manager. She returned home to start a business in order to create employment for the local women and the youth in particular. The old vandalised factory premises left by the Bata Shoe manufacturing company when they after closing down became the focus of her attention as a means to realise her dream.

In addition, with the help of Department of Trade, Industry and Competition (the dtic), provincial economic development department, Msinga Local Municipality, the Health and Welfare Sector Education and Training Authority (HWSETA), and the Small Enterprise Development Agency, the premises are a beehive of activity as more than 250 people are employed to produce garments for the Foschini Group, Mr Price, and Ackermans.

Mntungwa also mentioned that she has recently clinched a deal with The Foschini Group that will enable her to increase her employees to 750 in order to produce 1.2 million pieces of garments for the group.

Gina also says the developments at the Msinga company spoke directly to the Retail-Clothing, Textile, Footwear and Leather (R-CTFL) Value Chain Masterplan which is aimed at creating a noticeably and sustainable market for the CTFL sector.

“We were impressed by the attitude of the retailers who did only acknowledged the important role of the small and medium businesses in the sector. But they made a commitment to grow local CTFL share of sales to 65% in order to support R69 billion local CTFL procurement that delivers a total R-CTFL employment of more than three hundred thousand workers including 165 000 CTFL manufacturing jobs. With this kind of commitment by the retailers, and the diligence and dedication of people like Lelly, the future of the CTFL sector in this country looks bright. We are prepared as government to work with the private sector to ensure that the Msinga factory’s success story is replicated throughout the county,” said Gina. 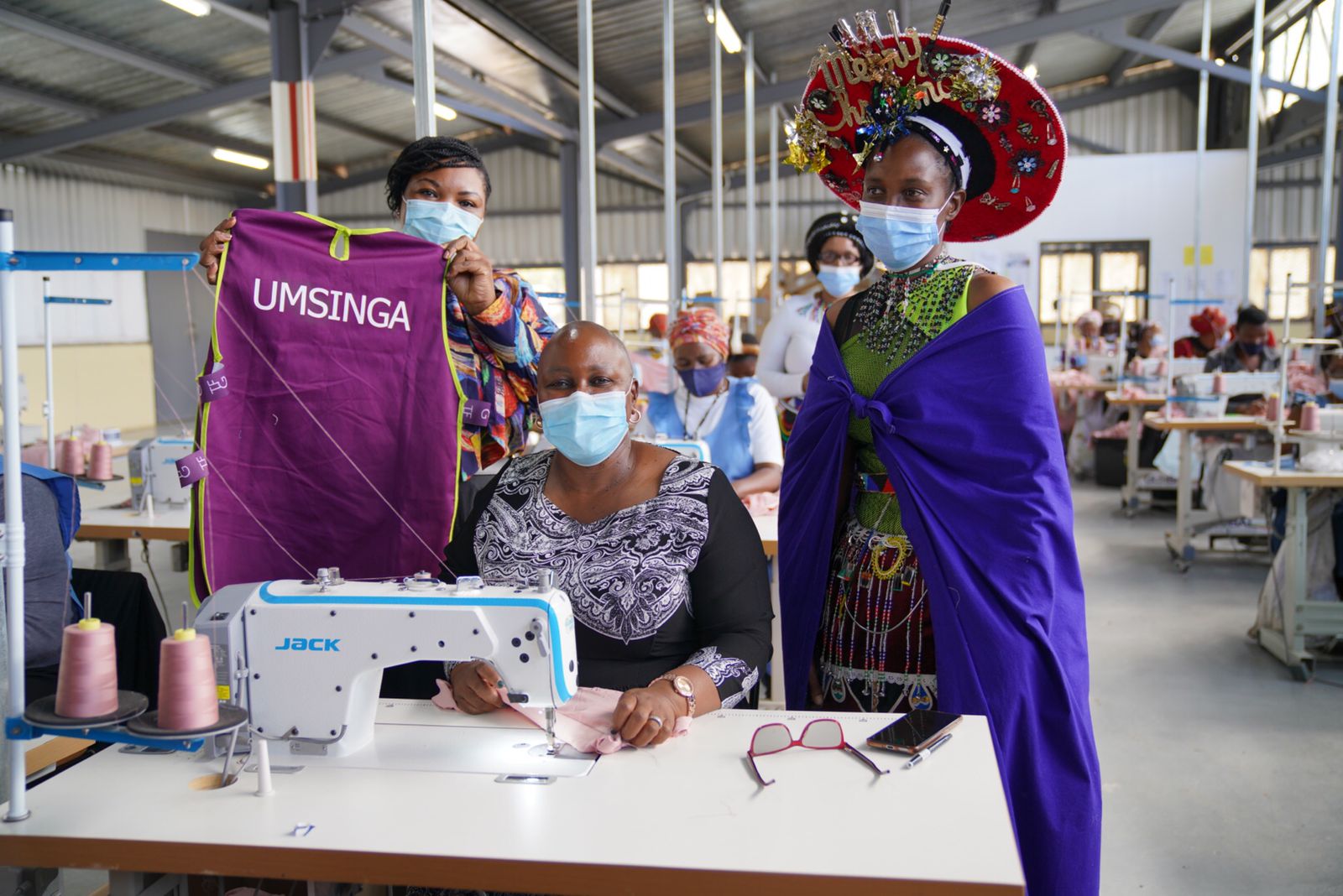