Promising start for SA companies in the Angola Trade Fair

Most of the twenty South African businesspeople who are currently showcasing their products at the Filda International Trade Exhibition in Luanda, Angola expressed satisfaction with the first two days of the 37th  edition of the annual exhibition. The fair started on Saturday, 16 July 2022 and will end on 20 July 2022.

The eye-catching and prominently-located South African National Pavillion set up by the Department of Trade, Industry and Competition (the dtic) attracted significant attention from the show visitors who included buyers, importers, distributors, exhibitors and other businesspeople who were impressed by the products displayed by the South African companies.

The Marketing Director of Stellenbosch-based wine-producing comoany, La RicMal Wines, Mr Malcom Green, wore a bright smile he spoke about an order of about 10 000 bottles of wine that he had already signed and sealed.

“We were already in Angola when we learned about the postponement of the trade show to begin at the weekend. And I used the few days before the show to have successful meetings with distributors, one of whom resulted in me clinching the order. I also had distributors interested in our wines visiting our stand. One or two of these visits will probably end up in deals before the end of the show,” said a delighted Green.

The Managing Director of the Rustenburg-based mining company, Prelec Mining Supplies, Mr Rueben Matlapeng was also impressed with the first two days of the trade fair.

“I am optimistic that I will return home with orders if the interest that has been showed by the Angolan companies, in particular, in our products is anything to go by. There were three contractors who enquired about our electrical cables. They indicated that they are currently importing these products from the Middle East and would like to make business with us due to proximity and potential cost-effectiveness. I have already started working on a quotation for one of the companies. There were also visitors from two companies that have shown interest in partnerships,” said Matlapeng.

“Some of the businesspeople that I interacted with during the week came to our stand in order to see and get a feel of the products that we are producing. They were impressed by quality, designs and prices of our safety garments. There is also a group of businesswomen with whom we discussed a joint-venture with the possibility of setting up a factory in Angola and manufacture from here as part of a women empowerment initiative. Obviously, that kind of a deal will require a number of follow-up meetings before it takes off. But overall the exhibition began well for us with lot of interest shown by numerous representatives of local companies,” added Nonxuba.

The Managing Director of Johannesburg-based industrial chemicals company, Blot Engineering, Mr Thapelo Monaphati also expressed delight at the interest that his company attracted from representatives of chemicals companies from Angola and other countries. He was optimistic that the leads will eventually transform into concrete deals that will see him exporting his products to Angola and beyond.

According to the Deputy Minister of Trade, Industry and Competition, Ms Nomalungelo Gina, South Africa’s participation in Filda will contribute in increasing trade and investment, and strengthening bilateral economic relations between South Africa and Angola. She added that the participation of the SA companies will contribute to the dtic’s mandate of increasing the value of the country’s exports through export sales which the companies are expected to make by securing deals. 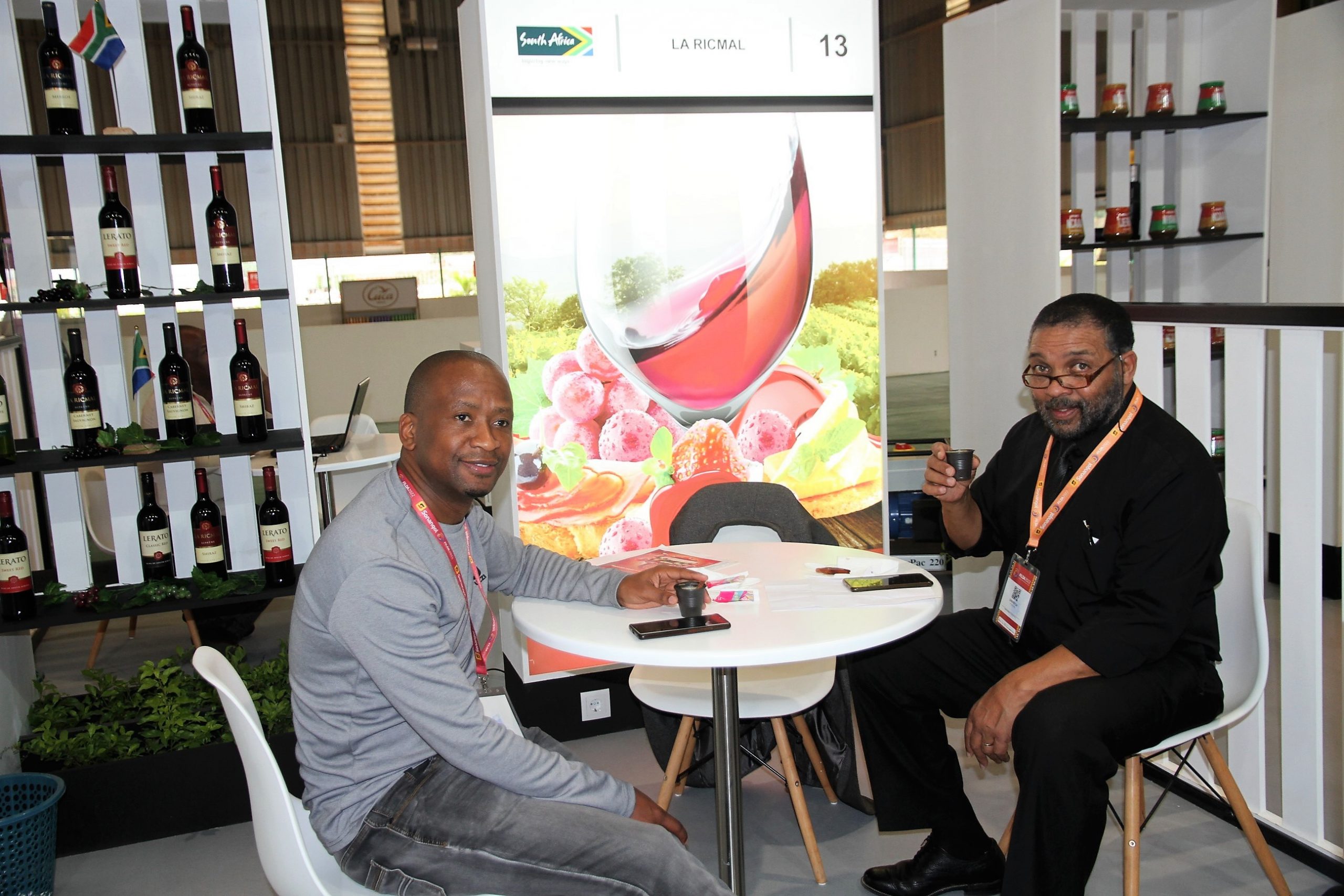