The Saldanha Bay Industrial Development Zone (SBIDZ) has to date attracted more than R21 billion worth of private investments into the zone. These investments are at different stages of development, two of them, with private investment value of R380 million have already started constructing their manufacturing facilities. The investment achievements were shared among the stakeholders during a meeting with the Department of Trade, Industry and Competition (the dtic) led by  the Deputy Minister, Mr Fikile Majola.

The SBIDZ is the first  Special Economic Zone (SEZ) to be located within a port and is the only sector-specific SEZ in South Africa catering specifically to the energy and maritime industries. The zone operates as a Free Port with streamlined investor procedures supported by its ease of doing business model. It is committed to creating a competitive and profitable zone  investors and local Small Micro Medium Enterprises (SMME), while ensuring a better future for the community of the West Coast region.

Addressing stakeholders at the zone, Deputy Minister Majola said he was  happy with the progress made within the zone and also the implementation of its strategy since 2017. He said the forecast investment put him at ease as he had witnessed all the progress made thus far.

“The SBIDZ has also signed eight new investment agreements with operational companies in the maritime, oil and gas sectors. These invests will lead to permanent and sustainable jobs that the country needs to create for its citizens. The development of the zone will also have to align and integrate with the entire area of Saldanha and West Coast region to achieve real projects that benefit all,” said Majola.

He also emphasised the urgency of involving all spheres of government  and state-owned agencies with the aim of driving the development of the zone through the District Development Model approach.

The Chief Executive Officer of SBIDZ, Ms Kaashifah Beukes, said the SBIDZ has already conducted oil and gas readiness assessment on 35 local companies and at the last count had spent more than R200 million, which translates to 35% of the zone’s total spend with local contractors.

Beukes added that the SBIDZ provided support to the local SMME sector through its SME Co-Lab facility established in March 2020. She said this was the only facility in the area that offered free wi-ii, hot desks, printing facilities, meeting rooms, and a business networking platform. The Co-Lab has attracted more than 1 500 SMME visits and engagements since it opened.

“We are proud to have emerged from the COVID-19 pandemic and are on track to usher in projects worth more than R300 million in capital investment towards investor infrastructure, bringing a much-needed boost to our construction sector and jobs in the West Coast, and ultimately, the country,” She added.

Beukes pointed out that the zone had created more than 2 900 jobs in the five years, adding that more than 1 800 beneficiaries had received skills training  in the last four years.

“We calculate the eventual economic contribution to be more than R12 billion and  this will result in the creation of more than 21 000 jobs. We have a pipeline of 52 investors, 11 of which have signed lease agreements and already 18% of the gross area has been leased. We anticipate that investment will grow to R21 billion by 2030,” added Beukes. 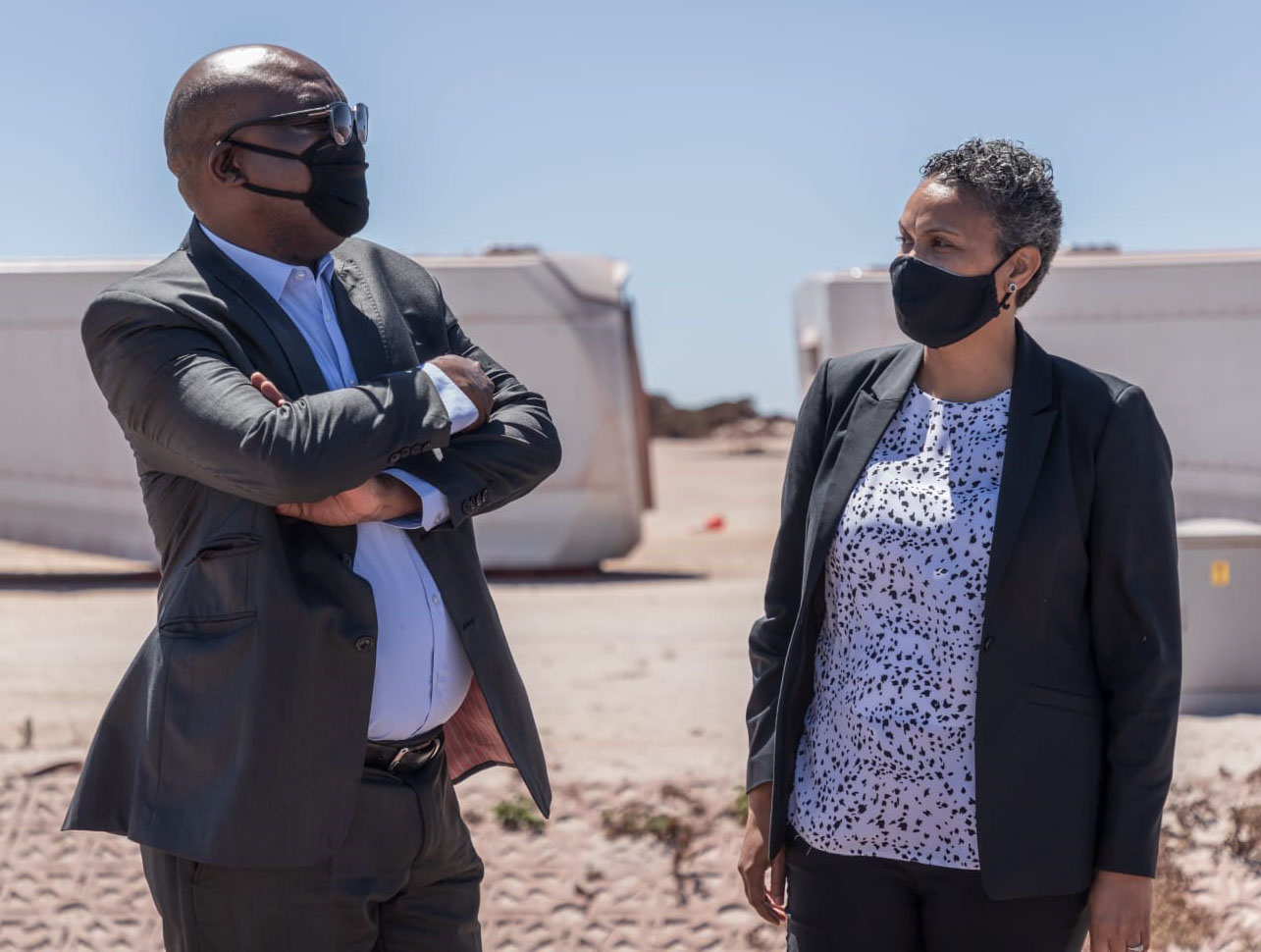 The Deputy Minister of Trade, Industry and Competition, Mr Fikile Majola with the Chief Executive Officer of SBIDZ, Ms Kaashifah Beukes and during the stakeholder engagement at the SBIDZ