The Angolan economy is teeming with investment opportunities across a number of sectors for the South African companies to take advantage of in order to expand their operations into various provinces of the country. This was said by the Chairman of the Angolan Agency for Private Investment and Exports Promotion, Mr António Henriques da Silva.

He was speaking during the Business Promotion Seminar that took place in the Angolan capital of Luanda. It was organised in partnership with the Department of Trade, Industry and Competition (the dtic) and the Western Cape’s tourism, trade and Investment promotion Agency, Wesgro.

The objective of the session was to facilitate interaction between businesspeople from South Africa and Angola with the aim of identifying investment opportunities that they could collaborate on. The SA businesspeople are in Angola to showcase their products at the Filda international trade fair, where the dtic has set up a South African National Pavilion for them to display their products.

Da Silva said that there was more that still needed to be done to encourage the South African companies to invest in Angola, as investments from the south were currently a trickle.

“Since 2018, this agency, which is responsible for promoting and attracting foreign direct investments into Angola, has registered only five private investment projects originating from South Africa. These are valued at about USD19 million and will be implemented in three of the country’s provinces. Given the size of the SA economy, and the good economic and diplomatic relations the two countries have, we believe that these numbers are very low, as Angola is a country with many investment opportunities,” said Da Silva.

He added that government was rolling out a strategy of diversifying the economy to reduce the country’s dependence on oil to earn foreign revenue.

“The government recognises that private investment is the most critical component of the strategy as the vehicle for increasing national production capacity, promoting exports and creating jobs. Therefore, we count on the South African companies to be part of this process of diversification of the economy, taking into account your business experience and technical know-how,” added Da Silva.

He also emphasised that Angola was a country with economic potential, endowed with an abundance of natural wealth such as forests, minerals, water resources and a young population.

“The geostrategic position of our country can play a very important role to access regional markets to the north, east and south of Angola.  By investing in Angola you will also be contributing in promoting the objectives of the African Continental Free Trade Agreement, including increasing intra-African trade and investment,” noted Da Silva.

During their courtesy visit to the South African Embassy in Luanda, Ambassador Oupa Monareng, also reiterated the need for the SA companies to strongly consider investing in Angola.

“Investment opportunities are opening up in other provinces of the country. You need to cast your net wide. Do not focus only on Luanda as a capital city and a province. I have been to several provinces and I have seen the infrastructure development that the current administration is rolling out in various provinces. You need to come back here after Filda and search for those opportunities,” stressed Ambassador Monareng. 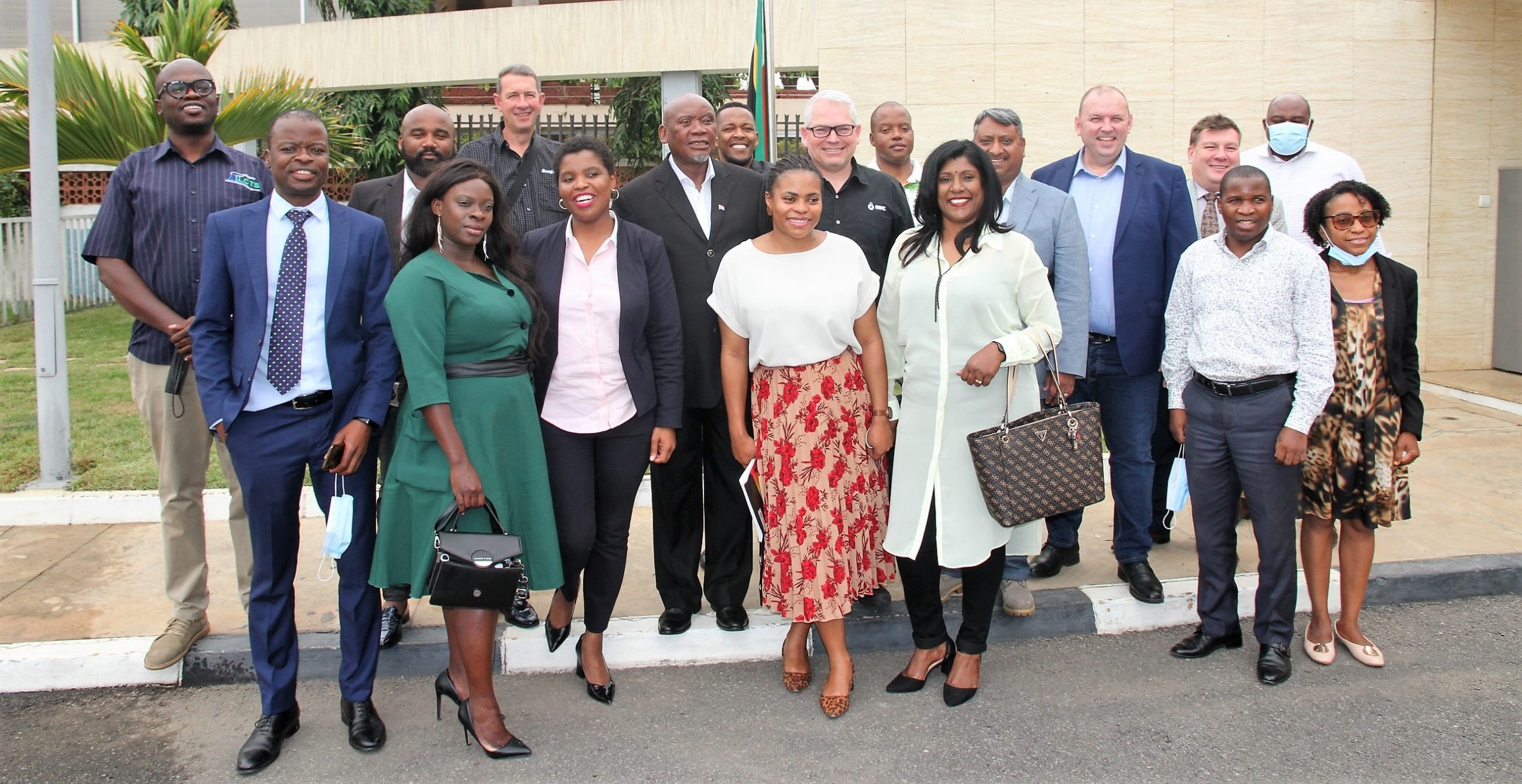 South African businesspeople and officials during the courtesy visit to the Ambassador of South Africa to Angola, Mr Oupa Monareng in Luanda.