The South African National Halaal Authority (SANHA) says the organisation will be looking for export opportunities and new markets for its more than 3 000 member companies when they participate in the 18th Malaysia International Halaal Showcase (MIHAS) scheduled to take place in Malaysia, Kuala Lumpur from 07-10 September 2022.

MIHAS attracts over 9 000 trade delegations from more than 43 countries, making MIHAS one of the most important industry meeting places in the Halaal calendar. Leading suppliers from across the globe participate at MIHAS to showcase their latest agro inventions, innovations and products, but more importantly to build leads, network and do business.

According to the Theological Director of SANHA, Mr Moulana Navlakhi, the South African economy is in contraction and only through tapping on such opportunities in the global Halaal market can contribute increasing export revenue which in turn will support local industries and budding entrepreneurs.

“By networking with potential buyers, we can support our members by offering their product options which are of a high quality, yet reasonably priced, and most importantly with Halaal integrity that we can personally vouch for. In addition to promoting our Halaal certified companies as has been done over the years, we are also facilitating the distribution of their company brochures and marketing material. We have also embarked on our initiative of creating a South African Food Directory wherein buyers will have access across the spectrum of Halaal certified industries in South Africa,” says Navlakhi.

He adds that they have participated in approximately 15 exhibitions organised by the dtic over the years in which they have promoted the South African Halaal industry and networked with companies interested in purchasing Halaal certified products from South Africa.

“We also noted the positive impact face-to-face interaction has compared to online digital marketing. When attending Halaal expos like MIHAS, our presence provides assurance to buyers on the products Halaal integrity. We also find that the on-site support to our certified clients adds tremendous value and provides reassurance to buyers. Such expos are also an opportunity to meet with other Halaal certification bodies and share the South African experience of Halaal which is almost 50 years old,” he says.

The organisation which was formed in 1996 has a head office in Durban, whilst their operation office is in Johannesburg, and with a branch office in Cape Town.

The companies participating at MIHAS received financial support from the Department of Trade, Industry and Competition (the dtic) Export Marketing and Investment Assistance Scheme (EMIA) to showcase products at the event. The scheme develops export markets for South African products and services. 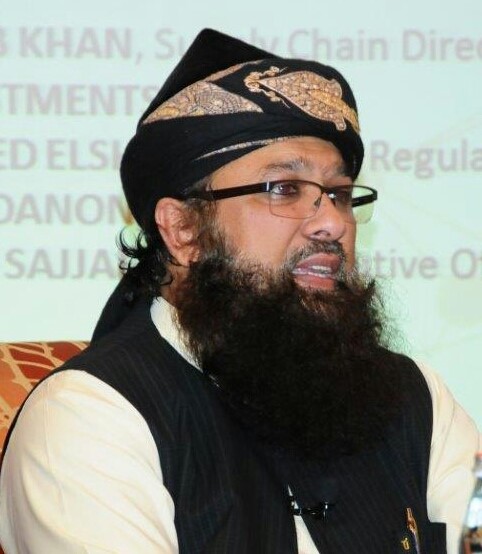