The newly-built Mphephu Plaza will open its doors to the people of Siloam near Thohoyandou today after being officially launched yesterday. The new Plaza is an 9000m² economic investment with an estimated value of more than R115 million. It was conceptualised in collaboration with the Makhado Local Municipality as an economic investment for socio-economic development and job creation in the Siloam area.

The Department of Trade, Industry and Competition (the dtic) funded the development’s bulk infrastructure to the tune of R14 million through its Critical Infrastructure Programme (CIP). The plaza was built by the Masingita Group of Companies that is led by one of South Africa’s prominent business pioneers, Dr Mike Nkuna.

Addressing dignitaries at the official launch yesterday, Dr Nkuna said the support provided by the dtic through it’s the CIPs was a testimony that government is committed to working with investors to improve the socio-economic conditions of the lives of the South African people, particularly those living in rural areas.

The Premier of Limpopo, Mr Stanley Mathabatha said the plaza bore testimony to what government and the private sector could achieve when they work together.

“This project is in line with government’s commitment to taking development to the people in partnership with the private sector. People of this area will have easy access to a number of retail stores and services under one roof. I have learnt that more than 300 jobs will be created here, and these will increase as the occupacy rate of the plaza grows,” said Mathabatha.

He also said that the plaza was not the first development that the dtic supported in Limpopo, neither was it the last.  Projects that have been funded through the CIP in Limpopo include Mamba Cement and Xstrata South Africa, which were approved for R30m and R41m, respectively. The two investments together created more than 1 200 jobs. The department also funded the bulk infrastructure of the Makhado Crossing Mall that was also built by the Masingita Group of Companies. The mall, which opened its doors in 2019, is said to have created about 1 500 direct and indirect jobs,

A renowned entrepreneur, Mr Mike Nkuna established the Masingita Group of Companies in 1983. Since its establishment, the group has focused its property development enterprise in rural and township areas of South Africa with the primary aim of local and rural economic development.

Commenting before the official launch of the plaza, the Deputy Minister of Trade, Industry and Competition, Ms Nomlaungelo Gina, described it as a perfect example of what local and national governments can achieve when they work together in stimulating private sector investment by providing the necessary bulk infrastructure.

“As a department we are happy that we have contributed in assisting the Masingita Group of Companies realise its dream by constructing the Mphepu Plaza that will impact positively on the lives of the people of Siloam and surrounding areas. The  government has a mandate to provide a conducive environment, which will make it easy for the private sector to invest, particularly in the rural and township economy,” said Gina.

She added that the main objective of the Critical Infrastructure Programme was to lower the cost of doing business by funding the bulk infrastructure required for the roll-out of an investment project of socio-economic value. 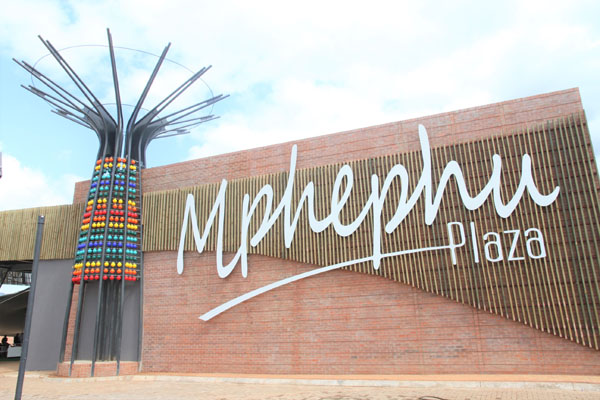