All Hands are on Deck for Namakwa Development – Deputy Minister Gina

The Deputy Minister of Trade, Industry and Competition, Ms Nomalungelo Gina has expressed delight and satisfaction at the steady progress of the implementation of the socio-economic development plan that has been developed for the Northern Cape’s Namakwa District Municipality as part of the District Development Model (DDM).  President Cyril Ramaphosa has entrusted Gina with the task of leading the roll-out of the District Development Model as its Champion in the Namakwa district.

Gina ended her two-day visit to the district’s coastal town of Port Nolloth where she led engagements of stakeholders on the progress made, challenges encountered and new opportunities identified to ensure the smooth implementation of the  Nine-Point Plan that has been development under her leadership as part of the DDM process for the district.

She also conducted site visits to the Port Nolloth Harbour and the site for the proposed Boegoe Bay Deep Sea Harbour, both of which are  some of the critical infrastructure projects identified in the development strategy to stimulate the economy of the district with the aim of creating jobs and improving the lives of the people of Namakwa.

At the Port Nolloth harbour she visited a small fish-processing plant owned by Ms Rose Malan, whose enthusiasm and ambitions wowed the high-profile entourage. Malan was also left with more hope and delight after learning about plans to stimulate small scale fisheries economy in her town. Since time immemorial, fisheries economy has always been the backbone of Port Nolloth and other neighbouring coastal towns within Northern Cape.

“As a coordinator of the implementation of the DDM in Namakwa, I am particularly  impressed by the steady but noticeable progress that we are making. But it  is important to mention that this progress is attributed to the commitment that has been displayed by all the stakeholders involved in this crucial project since our first meeting last year. It is inspiring to note that all hands are on deck,” said Gina.

“If the presentation that was done by the Municipal Manager of the Namakwa District Municipality, Mr Chris Fortuin, who is leading the technical team of officials, on progress being made in the implementation of the Nine-Point Plan, is anything to go by, I have no doubt that the future of Namakwa from the socio-economic development point of view looks very bright. The kind of commitment and dedication to this cause shown by all the stakeholders will ensure that we achieve our main aim of changing the lives of the people of Namakwa for the better, in line with the objectives of the DDM,” said Gina.

She also expressed her excitement about projects identified in the Nine-Point Plan for execution within Namakwa District, more especially in the Richtersveld Local Municipality which has been a sleeping giant for quite some time.

“The revival of the Port Nolloth town through infrastructural revitalisation, which will stimulate economic activities, and the construction of the  Boegoe Bay Deep Sea Harbour, augur well for our intentions to rebuild the mining town of Alexander Bay. This project will see a long belt of business activities from Port Nolloth to Alexander Bay, within a distance of 80km.  We are equally excited that the two infrastructural projects have already attracted the attention of the Presidency and has received a visit by Presidential Investment and Infrastructure Unit,” added Gina. 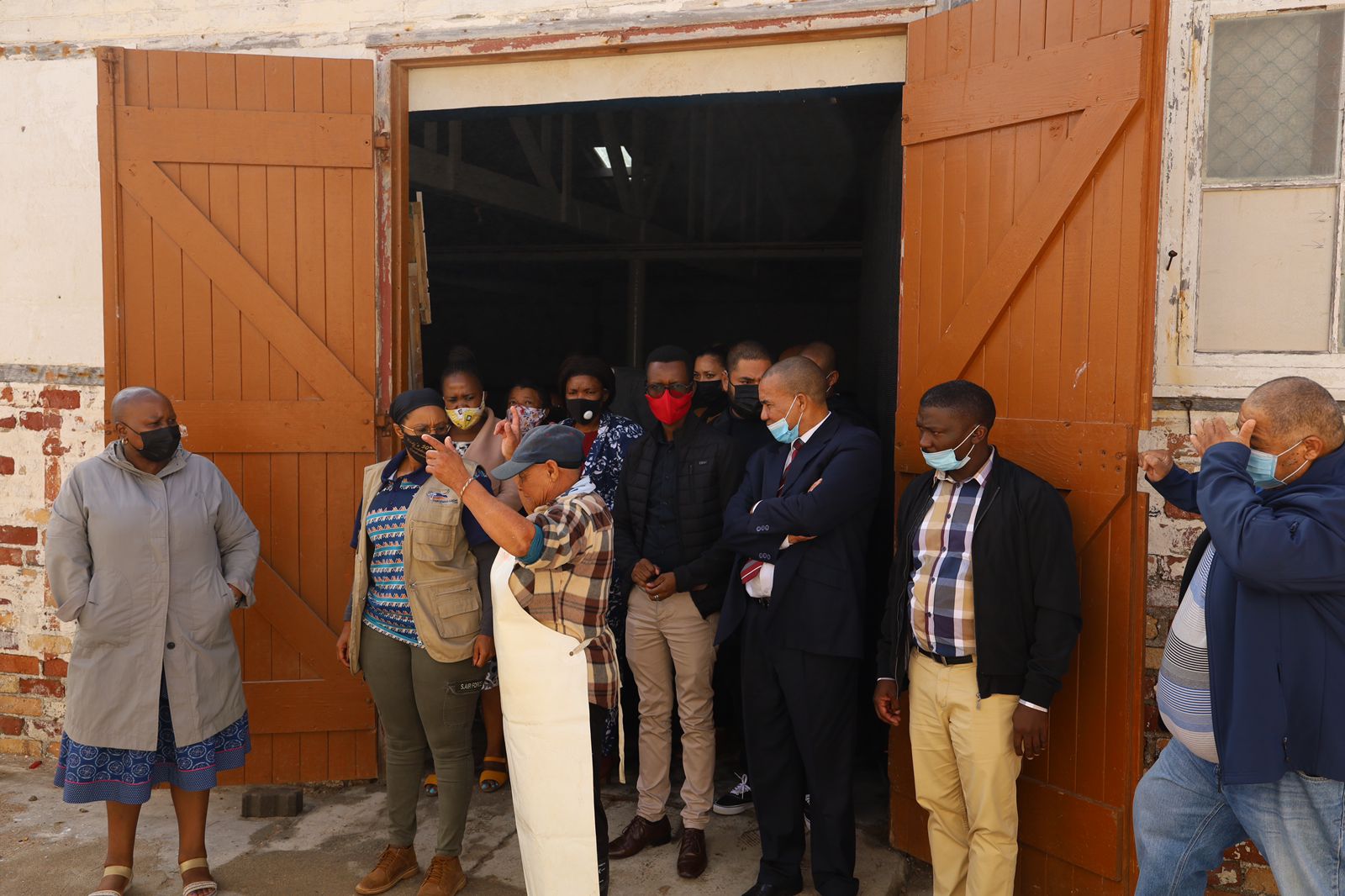