Eastern Cape businessman, Mr Tamsanqa Gxowa has urged government to expedite the revitalisation of the Dimbaza Industrial Park as the private sector is eager to invest in the park as soon as it is renovated. Gxowa is the Director of Ikusasa Green, a plastics manufacturing company that has been operating in the park for five years.

The Department of Trade, Industry and Competition (the dtic) is in the process of refurbishing the park as part of its national Revitalisation of Industrial Parks Programme and has approved R50 million for the first phase of the upgrading which focuses on the security features of the park. This includes the construction of an electrical high mast to improve visibility as part of security improvements, fencing, gates, turnstiles  and security guard house  to enhance security in the park and ensure access control.

According to the dtic, the first phase of the park’s revitalisaiton, which started in November 2018, was initially scheduled to be completed in April 2020 . As a result of the declaration of State of National Disaster due to the COVID-19 pandemic, and the subsequent lockdown periods, construction activities were halted and the expected completion of the first phase is now October 2020.

“As businesses operating in the park we appreciate efforts undertaken by government to upgrade the park. We fully support the initiative and we think it is a very good exercise that is going to change the park completely. But the process is taking longer than we anticipated. It needs to be expedited significantly.  Numerous businesspeople have shown interest in locating their factories in the park, but the interest is largely linked to the upgrading. The upgrading process has instilled confidence in businesspeople. During interaction with other businesspeople we tell them  to come and invest in the park, but we need to see the upgrading being accelerated so that we can sell something tangible,” says Gxowa whose company employs 60 people.

Gxowa says even his own company, which currently occupies three buildings in the park, has future plans of expanding and adding more products to their portfolio.

“We are one of the first companies that came to set up factories here. We understood government’s vision and plans to renovate the park in order to create jobs and promote manufacturing,” says Gxowa.

Gxowa also says it is important for government to engage with the private sector for their inputs on the upgrading of the park, in order to ensure that the process of upgrading is in line with the needs of business.

“There should be a consultative process for government and business to engage on the revitalisation of the park so that the infrastructure is not being rebuilt for the sake of renovation but to make sure it is fit for purpose. Facilities in the park should talk to the needs of business. The consultative approach will go a long way in providing companies with what they require,” says Gxowa. 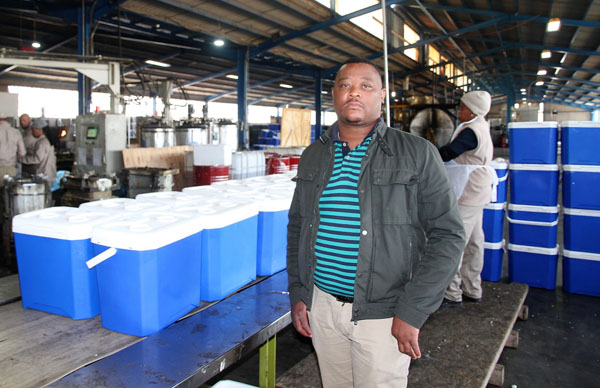