Government is Committed to Resolve the Challenges Raised by Investors at Atlantis SEZ, Deputy Minister Gina

The Western Cape MEC for Finance and Economic Opportunities, David Maynier hosted the Deputy Ministers of the Department of Trade, Industry and Competition (the dtic), Ms Nomalungelo Gina and Mr Fikile Majola, for visit to the Atlantis Special Economic Zone  (ASEZ) in Atlantis. The visit was part of the dtic Siyahlola Programme led by Deputy Minister Gina and seeks to assess progress made on key priority commitments to operationalise full steam implementation of the zone.

The focus of the SEZ is to development a world class facility to attract renewable energy component manufacturers and suppliers in the Western Cape. During his opening remarks, MEC Maynier said, “We remain committed to realising the immense potential of the green economy in the Western Cape through our continued support and promotion of the Atlantis SEZ. We look forward to working with the Department of Trade, Industry and Competition, the City of Cape Town, investors and the Atlantis businesses and community to ensure that the Atlantis SEZ reaches its full potential.”

The CEO of ASEZ, Dr Pierre Vogel gave a detailed presentation on the progress made to date on the implementation of the turnaround strategy for improving investment and development of critical infrastructure. The SEZ is pivotal towards development of renewable energy industry for the economic recovery of the Western Cape.

The delegation also took opportunity to engage with the General Manager of Gestamp Renewable Industries (GRI) South Arica, Daniel Erasun Mora who is one of the major renewables energy component manufactures in the zone. Major challenges faced by investors in the renewable energy sector that are located in the SEZ were also highlighted. Erasun Mora also made a passionate plea to government to resolve the policy uncertainty on the Renewable Energy Independent Power Producer Procurement Programme (REIPPPP) by speeding the process of the Round 5 implementation and address local content manufacturing on designated steel products.

Deputy Minister Gina said that the Atlantis Special Economic Zone has a crucial role in improving local socio-economic livelihood in the Atlantis community.

“Improving the triple challenges of unemployment, poverty and inequality continue to be the priority of the government. We are delighted on the fruitful collaboration between national and province to coordinate and address impeding challenges affecting industrialisation and investments under the District Development Model framework,” said Gina.

Gina gave assurance that government will respond urgently to the challenges raised by investors which continue to affect operationalisation of their businesses in the zone.

Meanwhile, Deputy Minister Gina will be concluding the week long Siyahlola programme in George tomorrow by visiting Watson Group (Bolton). The Group has three manufacturing plants in Great Brak River, Oudtshoorn and Cape Town. They have the capacity to produce 8 000 pairs of high quality leather footwear per day. The company is a beneficiary of the department’s Production Incentive Programme (PIP) grant. 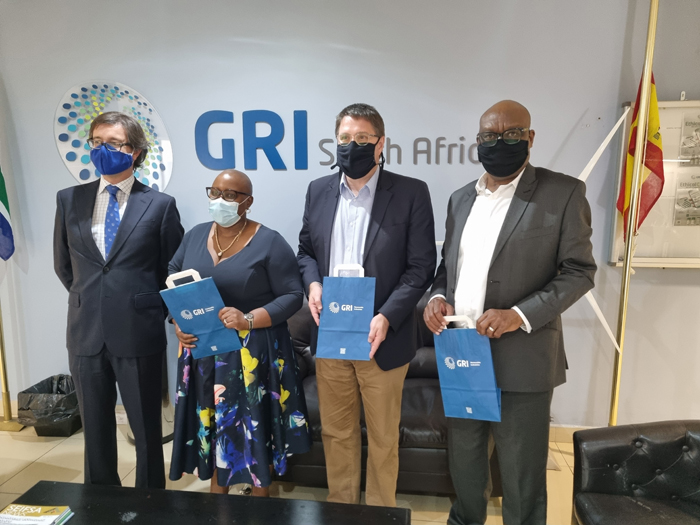