Government’s major objective through Special Economic Zones is to change the socio- economic landscape of the northern region by accelerating the manufacturing base, promoting industrialisation and attracting investments. This was said by the Deputy Minister of Trade, Industry and Competition, Mr Fikile Majola during his visit to the proposed Fetakgomo-Tubatse Special Economic Zone (SEZ) in Steelpoort today.

“We have to change the way we operate, and urgently seek innovative ways to lead the province and this district out of the current economic challenges. The existing and projected mining and the beneficiation outlook for the Platinum Group of Metals (PGMs) and chrome drives the establishment of the proposed Fetakgomo-Tubatse SEZ,” said Majola.

According to Majola the proposed SEZ is conceived as a one-stop world class integrated sector-specific SEZ for providing products and related services addressing the entire range of mining input suppliers, the PGMs and chrome beneficiation value chains.

“This include both the upstream and downstream beneficiation, general manufacturing product-value add and logistics. We must forge ahead with the construction of the new economy that will offer new opportunities to all our people. Sharing of wealth and opportunities should be at the top of our agenda,” he said.

Majola added that government’s objective is to achieve an inclusive economy, and this cannot be realised if townships and rural areas were not meaningful participants in the mainstream economy.

“We remain convinced that this is the key element of an inclusive economic growth trajectory which can lift our people from poverty, cultivate entrepreneurial potential, establish dynamic township enterprises and circulate the ‘township rand’ within townships,” Majola said.

Speaking at the same event, the Chief Executive of Glencore Alloys, Mr Japie Fullard said the company initiated the conceptual design of the Mining Supply Park in 2007 under Xstrata and the Limpopo Provincial Government to catalyse local economic growth, employment and development for the region.

“In 2009 planning and marketing for the park was started with the first infrastructure being constructed in 2010/2011. In fact, the concept to enhance the local skills base and to advance the local economy, started as a joint venture between mining operators in the area. Glencore remained committed to see the project to its fruition at an initial cost of approximately R100 million. The Mining Supply Park covers 38 hectares with 61 industrial units,” said Fullard.

Fullard further said the Mining Supply Park was a true testament of Glencore’s entrepreneurial spirit and commitment as it stands at the forefront of the envisaged establishment of the Fetakgomo-Tubatse SEZ. He reiterated Glencore’s commitment to local economic and infrastructure development and the upliftment of the society they are operation in. 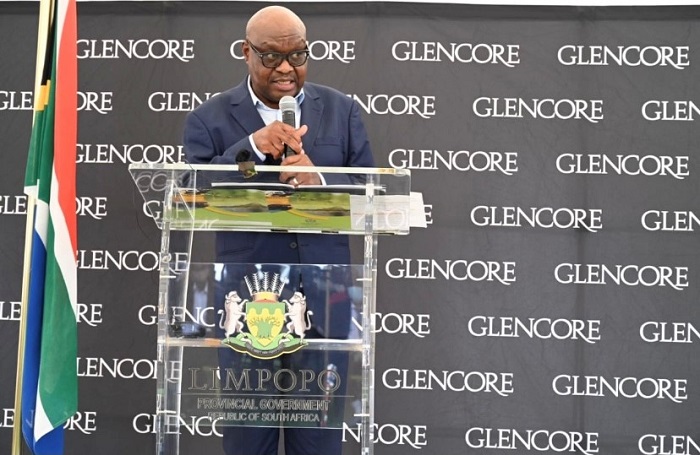 Caption: The Deputy Minister of Trade, Industry and Competition, Mr Fikile Majola speaking during his visit to Fetakgomo-Tubatse SEZ today.