Khan explained that transitioning to phase two, the dtic would work with the office of the Presidency and International Finance Corporation (IFC) on streamlining the licensing for Independent Power Producers (IPP) generation to ensure that energy generation in the renewable sector is expedited and unblocked.

“Today is an opportunity to convene and to develop a responsive, transparent and targeted approach towards the eradication of red tape with the guidance of the Presidency. I would like to thank the Swiss State Secretariat for Economic Affairs and the IFC for their continued support of South Africa’s efforts to implement the reforms,” he said.

The IFC Director of Southern Africa and Nigeria, Mr Kevin Njiraini lauded the signing of the MoU and stated that it was very significant because it demonstrated that reforms the government of South Africa had been doing were bearing fruit.

“Phase one was a test of that and we are happy with the reforms across multiple sectors and the commitment of the government to do further reforms is what makes the signing very important. Going forward, I hope that we will continue supporting the entry of foreign direct investment which President Cyril Ramaphosa has announced as a key factor of success for economic growth. Unemployment is very high and one way to address job creation is to remove excess red tape. The cooperation with the unit that has been created in the Presidency to remove excessive red tape is important and I hope that these would bear fruit,” he said. 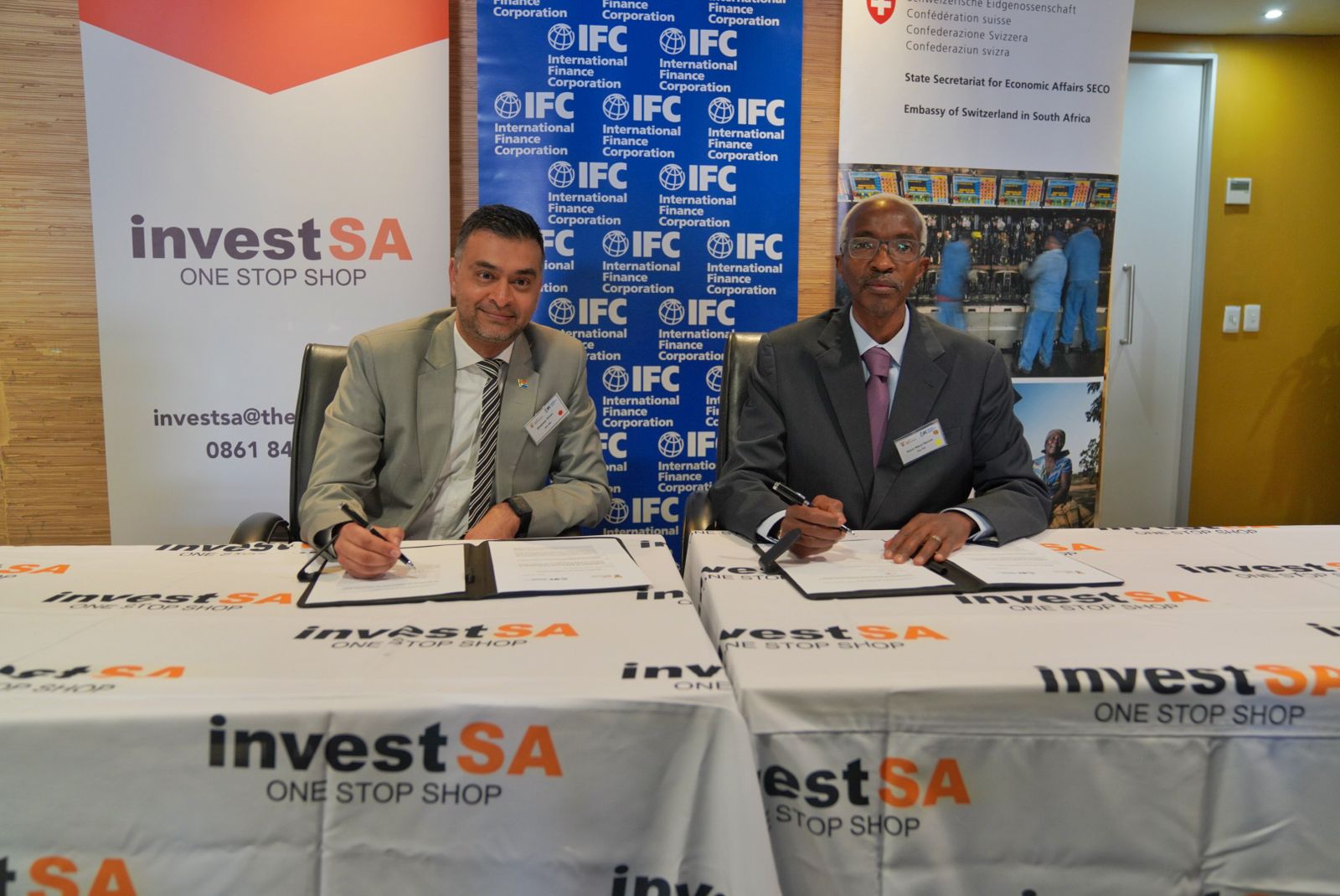 Acting Director-General  of the Department of Trade, Industry and Competition (the dtic), Mr Shabeer Khan together with the International Finance Corporation Director of Southern Africa and Nigeria, Mr Kevin Njiraini at the signing of phase two of the Investment Climate Reform Programme (ICRP) at the dtic Campus in Pretoria.