The South African businesspeople representing 26 companies who showcased their products in the national pavillion set up by the Department of Trade, Industry and Competition (the dtic) at the Sial Paris Food Products Exhibition which concluded in France yesterday, are confident that the leads that they generated during the exhibition will soon develop into concrete deals.

The South African companies where amongst the more than 7 000 exhibitors from all over the world who pulled out all the stops to attract the attention of buyers, distributors, agents and exporters who descended on the Paris show in search of mouth-watering and distinct products.

Today the businesspeople are headed home with bagsful of leads that they generated during the five-day show. The arduous task of separating the wheat from the chaff will begin in earnest as soon as they are back in their offices.

“We are excited about the interest that various companies and businesspeople from across the globe shown in our products. We subsequently managed to obtain about 30 leads. We are not worried about the amount of work and time that we will use sorting the leads and following up on them because we are optimistic that at least four or five of them are likely to develop into concrete and lucrative deals,” said the owner of  the Stellenbosch-based Spicy Bulldog food company, Mr David Stephens. His products consist of wholegrain mustard, chutney and chilli sauce.

The Managing Director of House of Natural Butter, Ms Debbie Ncube, was overwhelmed by excitement at the amount of attention that her peanut butter products attracted from international distributors and buyers.

“Participation in this expo was an eye-opener for me as a businesswoman who got this opportunity to exhibit on an international platform for the first time. Our product arose a lot of interest amongst the international buyers. I interacted with more than 40 of them from all the continents, about 40% of whom showed that they have genuine interest in doing business with us, and other companies from South Africa.  From here we will be proceeding to Brussels where we have a meeting with a Belgium company that would like to procure our peanut butter for their retail stores,” said an elated Ncube.

For another first time international exhibitor, Ms Roshni Morar, who is the co-founder of Roska Artisan Ice Cream, a Johannesburg-based company, the exposure that her company received by participating in Sial Paris, was beyond her imagination.

“To me just being here as part of the SA companies exhibiting at this huge show is a phenomenal experience that I will cherish for a long time. I am inspired because our product was received very well by people who visited our stand to enquire about it. But more importantly, I have met the right people from different parts of the world who expressed interest in our product. I am sure that the meetings that will ensue hereafter will bear positive results,” added Morar.

The International Sales Manager of Carmien Tea, Mr Charl Rudman reckoned it was beneficial for his company to participate in Sial Paris as he managed to hold meetings with existing clients, as well as a number of potential clients.

“What was more interesting is that we saw buyers and distributors from across the world, as far as Brazil and Argentina. We saw a lot of interest from other countries that we did not expect. Overall, we have good leads, including two representatives of retail stores that showed real interest in doing some business with us,” added Rudman, whose company is based in Citrusdal, Western Cape. 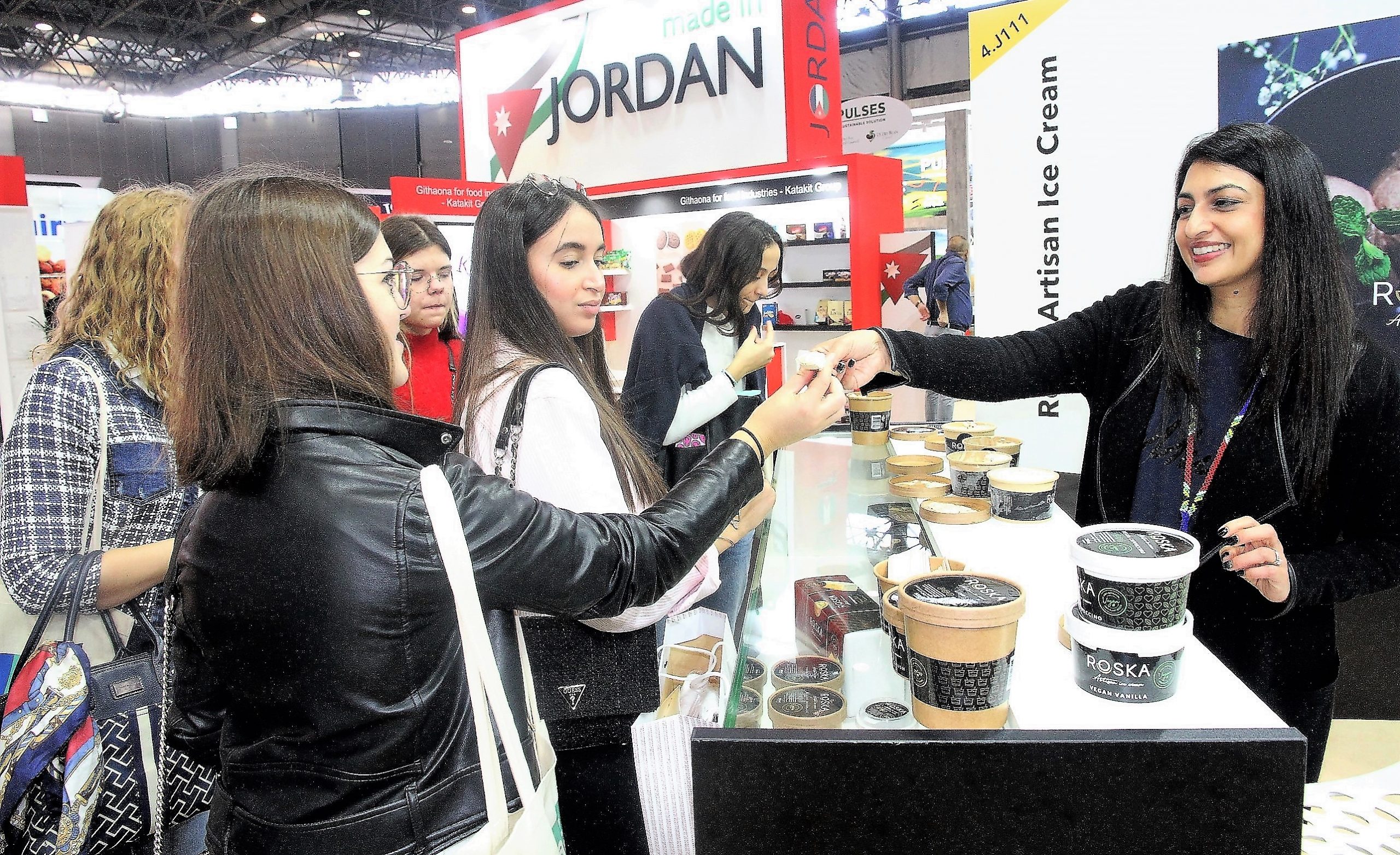 The Co-founder of Roska Artisan Ice Cream, Ms Roshni Morar, giving visitors to her stand a taste of her ice cream.