The financial and non-financial support that government is providing to Black Industrialists will help them contribute significantly in assisting government to achieve its economic imperatives of industrialisation, economic growth, job creation, localisation, economic transformation and increasing exports. This is the view of the Executive Directors of Dalisu Holdings, Mr Mohlomi Mothobi and Dr Nkosinathi Ngcobo.

The two businessmen and chemical engineers received financial support from the Department of Trade, Industry and Competition (the dtic) through its Black Industrialists Incentive Scheme and the Industrial Development Corporation (IDC) to build a R254 million state-of-the-art manufacturing plant in Mkhondo, Mpumalanga to purify sodium sulphate.  The plant started commercial production in March 2021 with a target of producing nearly 30 000 tons per annum of highly purified sodium sulphate for the local detergents and glass industries. Through the project, they managed to create employment for 40 people, 28 of whom are permanent.

Dalisu is one of the companies that were mentioned in the first Black Industrialists Report launched by the Minister of Trade, Industry and Competition, Mr Ebrahim Patel last year. The report indicated that R32 billion had been invested through funding initiatives within the dtic in nearly 800 black industrialist businesses and black entrepreneurs over a five-year period. The funding supported the creation of new and dynamic enterprises in a number of critical value chains across all nine provinces. Almost 120 000 jobs were created or saved in the process.

“The critical importance of government support to this country’s black industrialists can never be overemphasised. Even if we had the concept and all the zeal in the world, Dr Ngcobo, and I would have just had a dream or concept of building a plant like this but we would have never implemented it if we did not receive this support from government. The R50 million grant from the dtic, and the R154 million loan from the IDC have made our dream come true,” says Mothobi.

He adds that this is the kind of government support that Black Industrialists require in order to contribute meaningfully in assisting government achieve its national economic objectives of job creation, re-industrialisation, localisation and economic transformation.

“Today we pride ourselves in making a notable contribution by setting up a factory and creating jobs for the people in one of the rural areas of our country, thereby assisting them change their lives. This kind of support also plays an important role in assisting Black entrepreneurs make their mark in the manufacturing sector which is one of the biggest contributors to the country’s Gross Domestic Product (GDP). In our case, as Black entrepreneurs,  we have been given an opportunity to  participate in a niche chemicals industry which has always been a monopoly of the white people,” says Mothobi.

According to Mothobi, Dalisu is the only company in South Africa that produces the highly purified sodium sulphate (99,5% purity). In addition, the 30 000 tons of the product that are produced in the Mkhondo plant annually amount to only 10 percent of what the South African market requires or consumes.

“The bulk of the sodium sulphate that is used in the country is imported from China, India and Spain. And this provides us with a positive challenge to explore opportunities for expansion in order to increase local production and decrease the importing of the product,” says Mothobi.

However, he explains that though the local demand is high and they harbour ambitions to expand, at the moment they are limited by the capacity of their plant.

“But we are looking at increasing our storage capacity and increasing the total capacity of the plant to produce more in order to supply the local market. The opportunities are really unlimited here. Just two months ago there was a shortage of sodium sulphate in South Africa. The demand for our product grew significantly but unfortunately we are limited by the design of the plant,” notes Mothobi. 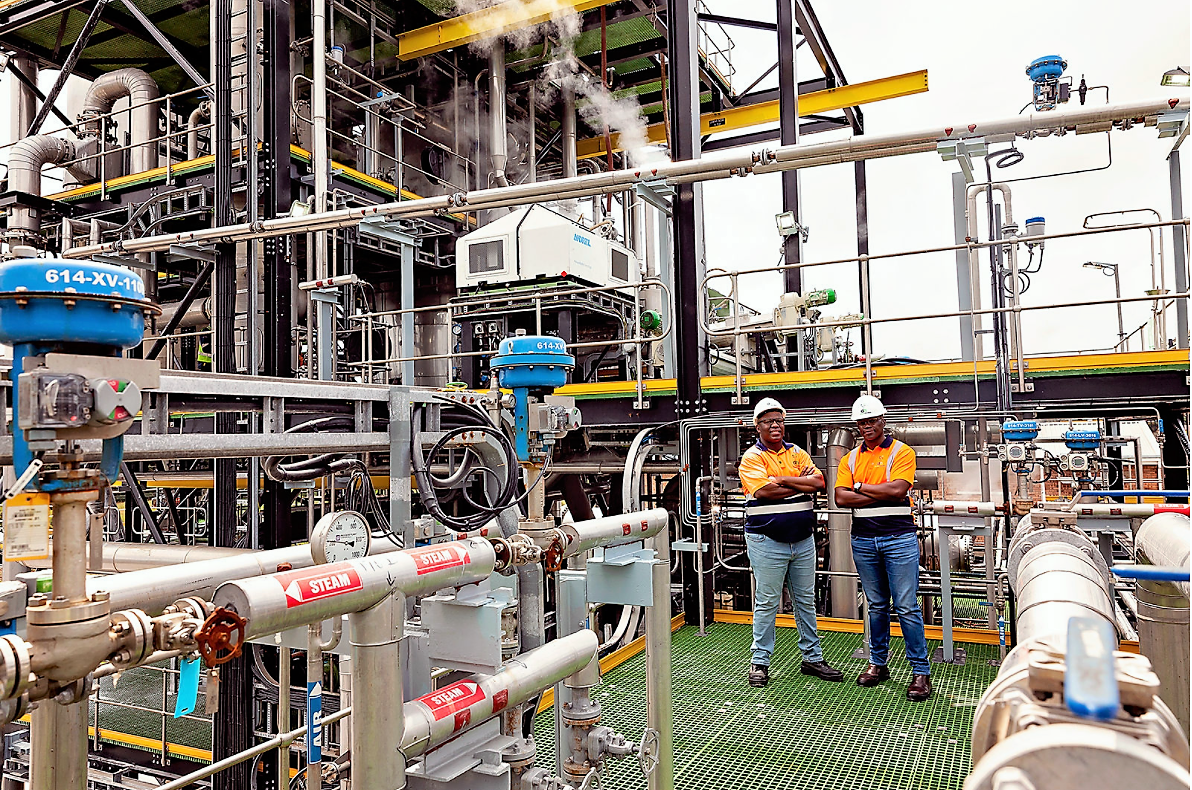