The Department of Trade, Industry and Competition (the dtic) has today released the first annual Black Industrialist Report, highlighting the direct funding provided by the dtic, the National Empowerment Fund (NEF), and the Industrial Development Corporation (IDC), to support black industrialists and entrepreneurs since the programme was launched. 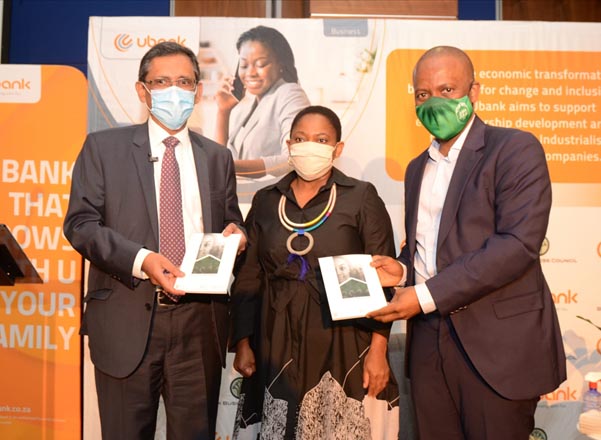 The report was officially launched by the Minister of Trade, Industry and Competition Mr Ebrahim Patel,  at a Corporate Chapter Event of the Black Business Council in Midrand, Gauteng..

“Over the last five years, some R32 billion has been invested through funding initiatives within the dtic in nearly 800 black industrialist businesses and black entrepreneurs. This funding has supported the creation of new and dynamic enterprises in a number of critical value chains across all nine provinces, crowding in additional investment from the private sector as well as creating and saving nearly 120 000 jobs,” said Minister Patel.

The inaugural report provides details of approximately 100 black industrialists and entrepreneurs who have been supported by the dtic, IDC and NEF over this period. The case studies cover a range of productive sectors: food production, clothing and textiles; mining metals machinery & equipment; transport logistics and infrastructure; chemical products and healthcare; plastic products; the green economy; the creative industry; property, construction and building materials; tourism and the fourth industrial revolution.

“Black industrialist funding, provided by the dtic and its entities, is creating platforms for a new entrepreneurial class to play its rightful role in boosting industrialisation and fully harnessing the resources of our country. These platforms have been enhanced by the dtic even further through reforms enabled in competition law, efforts to improve the ease of doing business and the implementation of the national sector masterplans,” said Minister Patel.

“To realise our economic potential, South Africa must embark upon a focused and determined effort to transform our industries and make them more dynamic and competitive. In doing so, we are developing our industrialisation efforts around strategic localisation by boosting domestic demand for South African manufactured goods, and expanding our access to export markets,” he said.

The black industrial programme has been integrated into the work of the department to realise the objectives of the Economic Reconstruction and Recovery Plan (ERRP) announced by President Cyril Ramaphosa in October 2020. Commitments have been obtained from social partners at the National Economic Development and Labour Council (Nedlac), as part of the national priorities set out in the ERRP, to reduce reliance on imported goods, and to work with government in developing the country’s productive capacity.

Over the next five years, social partners will seek to invest in new industries which can build local industrial capacity by up to R200 billion annually by the end of the period. The target of R200 billion, if fully achieved, can add an additional 4% to annual GDP and will further create opportunities for South African manufacturers, including small and medium businesses and industrial firms owned and controlled by black South Africans, to grow their businesses and create jobs.

“We launch the Report for three reasons. First, as part of public accountability. Second, to showcase individual examples of entrepreneurship and industrialisation, in order to encourage more black South Africans to become wealth creators and entrepreneurs. Third, to show that transformation is not only about redress, but that it also adds significant value to our GDP and employs many thousands of South Africans,” said Minister Patel.

The report is available on the dtic website at http://www.thedtic.gov.za/wp-content/uploads/Black-Industrialist-Report2021.pdf

Minister Patel also provided details of work undertaken to promote worker ownership of equity in the companies they work for and the policy stance of Government on broad-based ownership schemes. In this regard, he advised that he would be issuing a Practice Note as provided for in the BB-BEE Act to provide clarity to the market.