The South African Ambassador to France, Mr Tebogo Seokolo says the South African businesspeople will need copious amounts of perseverance and resilience if their ambitions of breaking into the French market were to be realised.

Seokolo was speaking after visiting the South African National Pavillion that has been set up by the Department of Trade, Industry and Competition (the dtic) for 26 companies to exhibit their products in the biennial Sial Paris Food Products Exhibition that opened its doors today.

After visiting all the companies’ exhibition stands and interacting with the SA businesspeole, Seokolo expressed his happiness at the SA pavillion, the composition of the business delegation and the quality of products that they companies are displaying in France.

“I must admit that I am very impressed by the efforts that our government spearheaded by the dtic have made to ensure our pavillion stands distinctly out amongst other countries’ pavilions. This is really a very beautiful and distinguishable structure that captures one’s attention from far,” said Seokolo.

He added that the second impressive aspect of the SA participation in Sial Paris was the composition of the companies that are exhibiting their products.

“We have a combination of big companies, small and medium enterprises, as well as black-owned, and women-owned companies. This is a truly perfect mix that is representative of the objectives we want to achieve as government by exposing all of these sizes and types of companies to the opportunities available in the international market like France. The big companies will have the capacity to take advantage of the large prospects that the French economy offer, while the SMEs will get the exposure that they need to grow, as well as orders and deals that they can manage to service as part of their expansion and growth,” explained Seokolo.

He also admitted that he was impressed by the quality and diversity of the food products that the agro-processing companies had brought to France to showcase.

“I am optimistic that the kind of products that our companies are displaying will not only whet the appetite of the international distributors, importers, agents and buyers, but will also stimulate their desire to negotiate possible deals that will see these proudly South African products being exported to France and beyond,” said Seokolo.

However, he said it was important that he emphasised and cautioned the SA companies that  there was no way that their journey was going to be a walk in park.

“Our businesspeople need resilience, persistence and perseverance in order to break into this market. It is not an easy market and companies are not going to come here once and crack it instantly. They need to return and build trust amongst the local business community and potential buyers before any serious negotiations can even begin,” advised Seokolo. 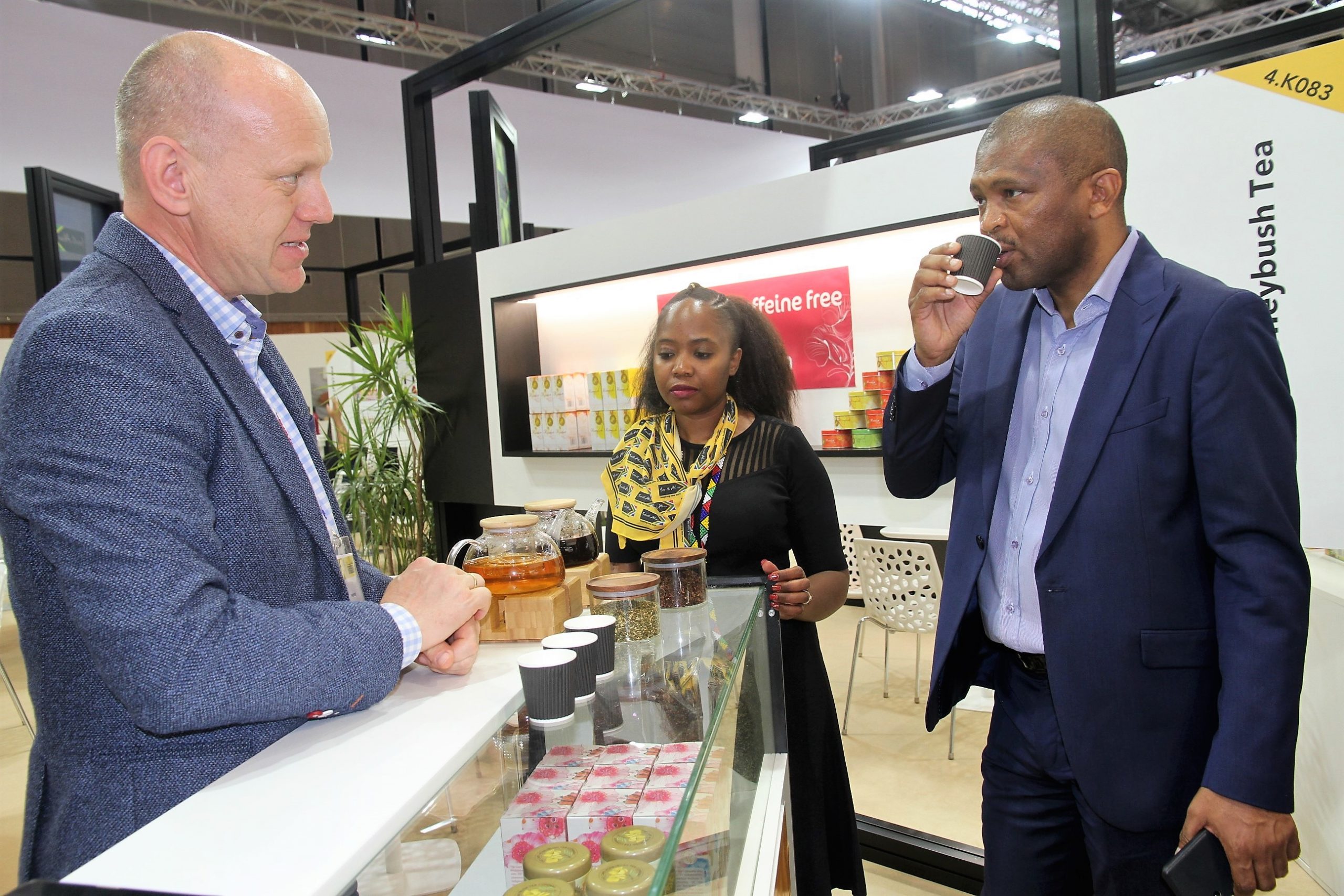