The Deputy Minister of Trade, Industry and Competition, Mr Fikile Majola has expressed satisfaction at the level of readiness by the West Rand District Municipality for the implementation of the District Development Model (DDM).  Majola, who is the DDM Champion for the district, attended a meeting where he was given a briefing in Randfontein.

The DDM is a new integrated planning model for cooperative governance. It is a district-based, service delivery approach, aimed at fast-tracking service delivery and ensuring that municipalities are adequately supported and resourced to carry out their mandate. The DDM is also used as an intergovernmental vehicle for coordinated implementation of all the government Covid-19 and Gender Based Violence Response Plans in all of the country’s 52 districts.

Majola was furnished with presentations on the socio-political and economic situation in the district, including projects that are planned and some of that are underway.

“We have now agreed that we will have a follow-up meeting and have asked all the officials from national and provincial spheres, and district municipalities to meet and prepare a more concise presentation on the projects that are implementable in the next financial year,” he said.

Majola has been designated the role of a District Development Model Champion of the district by President Cyril Ramaphosa, and will oversee the Merafong, Mogale and Rand West district municipalities.

“I am quite happy, I think we’ve made substantial progress for a first meeting, and we had very useful presentations and I think that this district because of the level of cooperation between different municipalities will make a lot of progress in the Gauteng province,” said Majola. 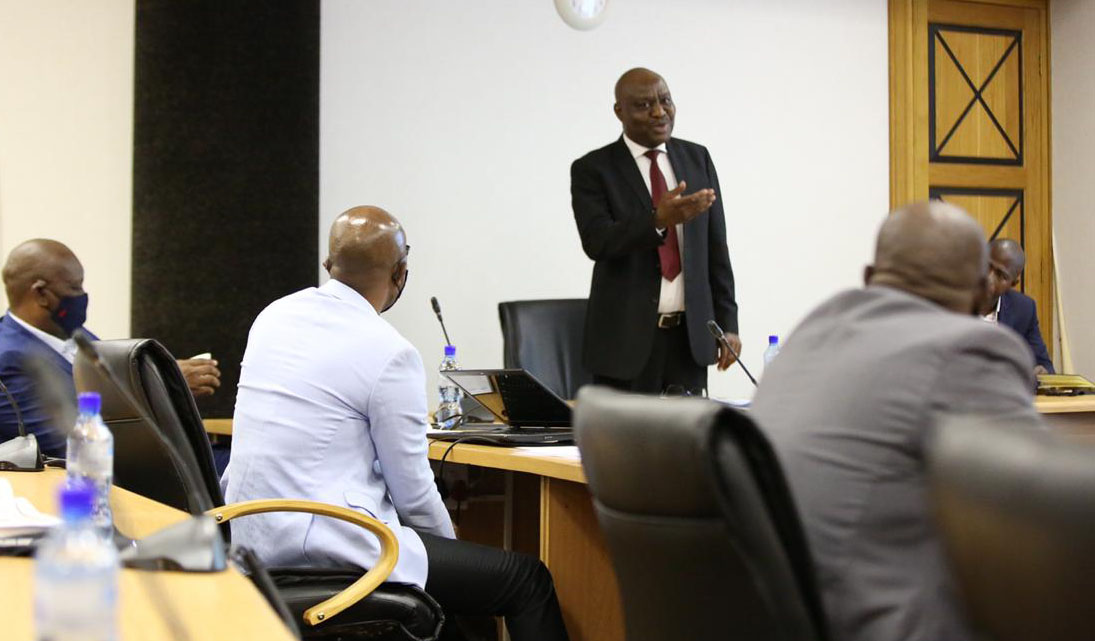